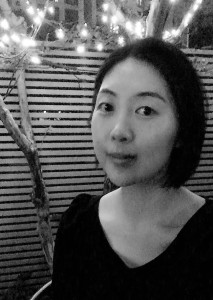 Title of the Workshop: Second Step

University presentation: Cologne Game Lab (CGL) promotes the research and development of interactive content, such as digital games, playful software applications as well as interactive film and TV formats. By constantly challenging the creative responses towards authorship, audiovisual design and development, CGL is bridging the gap between interactive art, entertainment and learning.

Workshop participant biography: Su-Jin Song studied film at the ifs international filmschool cologne majoring in creative producing. After her graduation in 2014 she worked as a film producer at a Cologne based production company. Since 2016 Su-Jin is doing her master studies in game development and research at the Cologne Game Lab and working as a freelance director and creative producer for international film and transmedia productions in Germany and South Korea.