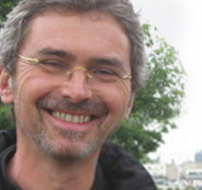 Jean-Michel started his career in Digital Entertainment Worlds in 1982. He created Tilt, the very first magazine dedicated to Videogames in Europe in 1982, and Pixifoly, the first TV show dedicated to Videogames in 1983 for TF1. Since then, he has produced TV shows in France ­ Microkids Multimédia -, worked with major TV Groups ­ Canal +, France Televisions, TF1. He used to be head of programming at CanalWeb, head of Imagina in Monte-Carlo. Since 2003 Jean-Michel is CEO of NX Publishing ­ the NeXt Media Specialists. He is Executive Director of the FMX Conference on Animation, Effects, VR, Games and Transmedia in Germany and Conference Chair of ENJMIN Video Games Workshops in France.