Europe in Crisis: How can Video Games help?

Welcome to Games for Change Europe Festival 2016! This was the first time we focused our Festival on a single theme: “Immigration, Integration, and Self-Esteem Restoration: The Power of Video Games.” We recognize this may sound like an ambitious effort!

We don’t pretend we can solve the extremely complex issues involved in two days. They will take far longer to understand and master. We don’t think videogames are a kind of “magic wand” to be waved at Immigration or Integration. We certainly don’t claim we are specialists in answering these questions. Instead, our plan was simply to bring together game designers, researchers, activists, artists and others who recognize the importance of the topic, experts who are willing to explore how videogames can help.

Two of the most important areas where videogames have proven to be successful are to educate, and to tackle critical issues without preaching. Combine those strengths with a game’s proven ability to build self-esteem in players, and they seem a perfect way for exploring such an important and timely subject.

Video games already offer extremely powerful alternative education models. Would it be possible to create games that would educate migrants and refugees who don’t speak the language of the country where they’ve just arrived, but who can master the universal language of video games?

We wanted to see if it is feasible to create videogames that would help restore the self-esteem of people who have been deprived of their social position, their everyday way of life, and find themselves living in tents in mud pools or hiding in trucks; people who are trying to cross borders, most of the time without success, even losing loved ones in the attempt.

We know video games can influence gamers for better or worse. Some of them merely strengthen “fixed mental attitudes,” reinforcing stereotypes about women and other cultures. Europe is made up of old countries, proud of their “identities.” But it should be possible to create videogames which could help French, English, German, Italian citizens to better understand “others,” “strangers,” “invaders.” Can video games assist in changing these “fixed mental attitudes” as well?

We could add to this list many other topics ripe for exploration. Social entrepreneurship can offer the possibility of a meaningful and productive future for refugees who see no future at all. Videogames can restore pride in one’s traditions and culture.

There are even more needs to be addressed such as getting “papers” please, and locating lost family members. Marie Gillespie told us how important cell phones are for refugees to get information about which border is open or closed; to alert coast guards when Zodiacs are about to sink; or to help sick people to explain, via translation tools, their symptoms.

What will work? What won’t? We don’t know. Not yet.

This was a beginning dialogue. These two days pointed us in some reasonable directions: an avenue to potential developers and funders. Some projects, game designs, prototypes and stories came out of the Hackaton organized on June 7 & 8, immediately before our Festival. Our “workshops” gave birth to a couple of games that could be developed in the coming months, presented one year from now during G4C Europe Festival 2017, where we can study the results. Anything is possible.

The dialogue began. Where it goes after this is up to you. Au travail!

On behalf of the Games for Change Europe team – 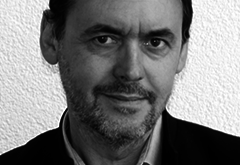 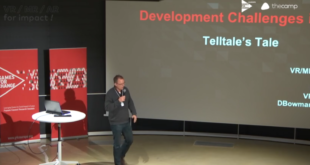 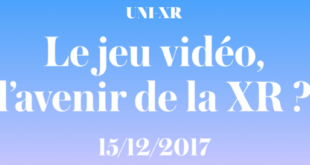 thecamp is looking for 20 young creatives to join the Hive, a 6 months full-time …